Introduction to the collecting of Olympic Games 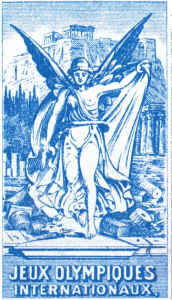 A new way of collecting stamps as “topics” was born around the years of the Second World War. Previously there had been minor interests such as “Red Cross” or some historical event. Apart from “Airmails”, the sudden development of the Olympic Games and Sports themes was surprising. The interest expanded rapidly and contributed substantially to the “Thematic” collecting in general.

Italian collectors were paramount in this expansion. Count Alberto Bonacossa pioneered sport and olympic stamp collecting. As a member of the International Olympic Committee since 1925 his dream was to wave the Olympic flag under Italian skies. He won the battle for Cortina 1956 and successively for Rome 1960.

But already in March 1952 under Bonacossa’s supervision, the Italian Olympic Committee organised the first world exhibition of “Sports Philately”. There were 62 exhibitors including Condarelli, Pennati, Landmans, Bortolate, Rigo, Sabelli, Fioretti, Samaranch and of course Bonacossa. The growth and development continued with the appear­ ance of other famous collectors – Tecardi, Mitolo, Costantini, Canepa, Trory, Barberis, Bura, Trachtenberg, Vassiliou, Raftopoulos amongst others. They became further involved and began to investigate the history and background of Olympics, developing the postal history of each of the Games and publishing the information worldwide.

But two personalities during this time developed and expanded the Olympic philatelic field to the salute and compliment of the international community: Salvatore Caruso and Manfred Bergman. The Caruso collection formed over many decades and eventually dispersed in the 1970’s reflected the largest amount of Olympic material possible to imagine at that time. Every item related to Olympics was included from stamps, to medals, to menus, to entry tickets etc. Bergman, on the other hand, became the “scholar” of Olympic philately. His own collection extends to covering all aspects that we can relate to an event: history, politics, philately … becomes all the same. One further tribute – to the late Franco Pellegrini who “in the spirit of Olympia” his collection was the first Italian collection to win a Large Gold Medal at international exhibition.

In our upcoming online auction which will take place on October 6, we are happy to present more than 400 new Olympic memorabilia and stamps (Programs, medals, badges, posters…). Most of these lots come from the John Loaring Jr. Collection. The auction of Olympic Games memorabilia will delight collectors & connoisseurs.