The Auction Balloon Trip Around the World

You’ll recall Phileas Fogg and his trusty valet Jean Passepartout helped us illustrate the epic auction journey we were about to embark upon last week, which included nine catalogues, and propelled us on a wager ‘Around the World in Five Days’.

The original 1873 novel by Jules Verne, ‘Around the World in 80 days’, didn’t feature the heroes travelling in a Balloon, which is a common misconception. This was caused by the 1956 movie adaptation which featured English actor David Niven as Phileas, and Mexican Actor/comedian Cantinflas as Passepartout, when they did indeed use a balloon on their adventure, this subsequently became an icon of the story, even appearing on the book covers in recent publications. 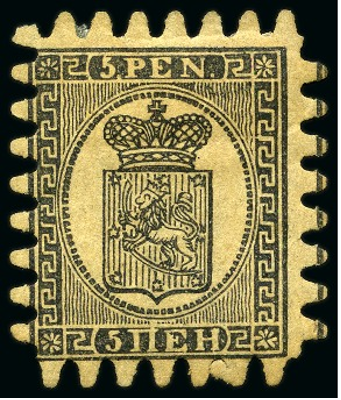 And fittingly last week our auction majestically took flight on Monday reaching dizzying heights for the beautiful material of Persia and was quite literally airborne from then on, one catalogue to country to the next, serenely gliding through the week with many ups to report, including tasty stops in France & Colonies, pure mountainous achievements in Switzerland, with numerous solid landings in Europe, and Overseas, before zippy and zesty Latin America dalliances, then a frenzied and at times riotous scuffle for the Collections, and generously and charitably floating above the clouds for our Rarities, touching every corner of the world until our final stop on Friday in Great Britain & British Empire, all expertly piloted in our Geneva gondola, by our very own Spanish performer, Fernando Martínez, and his English fellow Guy Croton, supported by the unmistakable French intonations of Gabriel Rheinert. Our three  protagonists shared the stage, screens, phones, computers, limelight and crucially the hammer in this extravagant trip around the philatelic globe.

So for your amusement here is a trailer scene by scene of what was captured when our trio of adventurers were cast into a live enactment of our ‘Around the World Balloon trip’ of the year. Oh, and we mustn’t forget Ricky Verra who chased around after the three of them all week like an intrepid Inspector Fix, keeping more than an eye on proceedings and maintaining law and order across the channels, and over the air and waves. 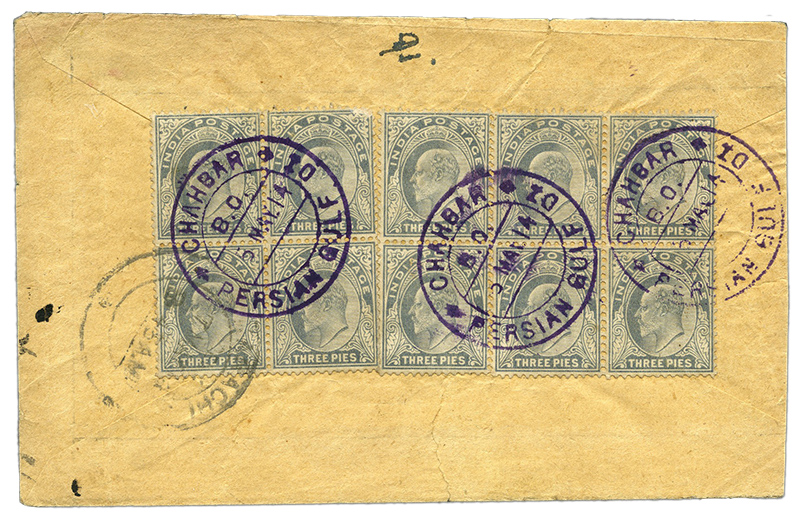 All World & Country Collections
Our very own version of Cantinflas took the stage for this hotly anticipated session, to what can only be described as a packed boisterous audience, chomping at the bit to hear what Fernando was about to deliver, and as soon as the melody of his Spanish linguistic features left his sun kissed lips the reception he received was frankly raucous and at times riotous, albeit very good humoured.

Admittedly, there was more than one scrap over his offering, and it was only his eloquent Spanish syntax and good humour that calmed the stalls, with the assistance of Inspector Fix, aka Ricky, who kept any outburst decent. Plenty of lots went for many times their estimates, such as Lot 60133 which sold for EUR 11’000 against an estimate of EUR 3’000, and Lot 60057 which reached ten times its original estimate finally going for EUR 6’000.

As predicted in our highlights article two weeks ago, this catalogue was a collectors and dealers paradise, and as is often the case there can be trouble in such places, and the trouble was keeping up with the bidding on the various platforms. However, Fernando’s award-winning performance got the crowds in good order and we even saw prices rise further with Lot 600140 making a staggering EUR 50’000. 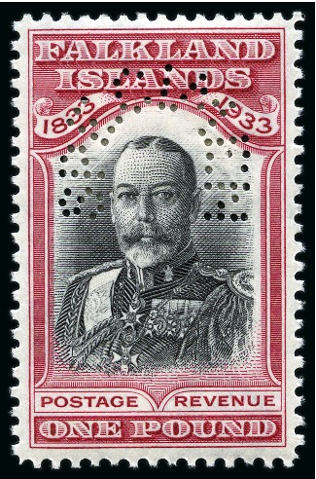 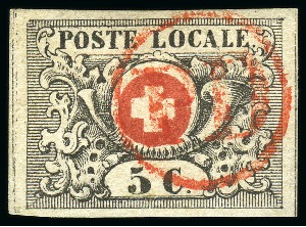 This authentic session was given a little va-va-voom by our French forward Gabriel Rheinert who took to the stage and dished up a very fine three course session, made all the more palatable by his flare for building the philatelic nest one lot at a time, or as the French say “Petit a petit, l’oiseau fait son nid”. 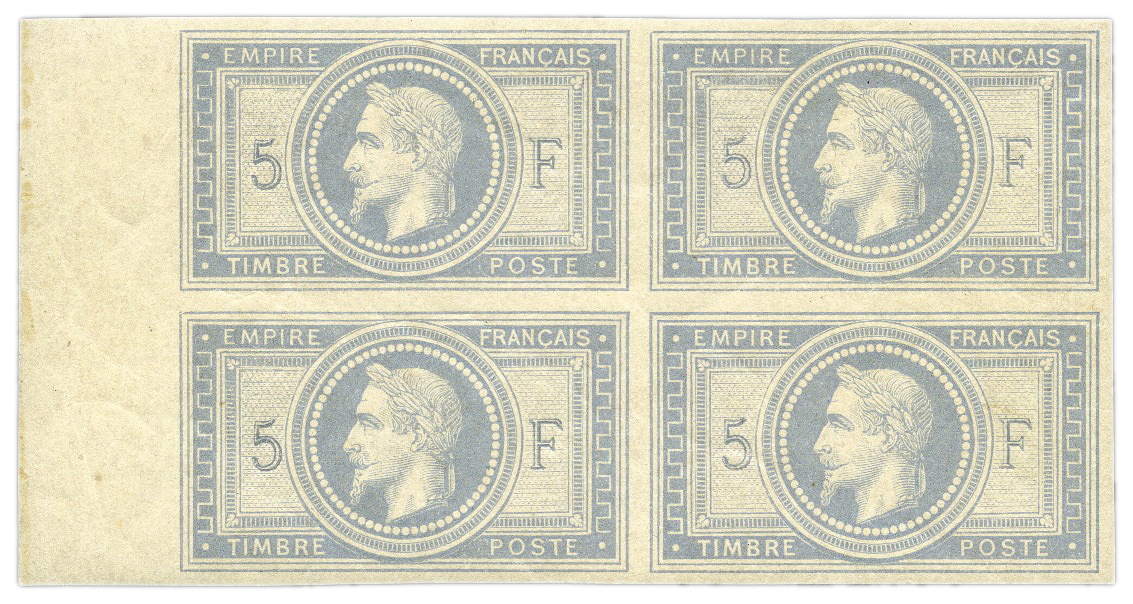 And it isn’t just mythology that the Greek’s have gods, because lot 40069, the famous 1861 Paris printing Large Hermes Heads sent 30th September cover, sold for a celestial EUR 95’000 – note this cover is Ex. Argyropoloulos and Mattheos. The ever popular Hermes Large Heads as a whole performed well but this stunning cover the standout item of the week. And not to be outdone by their Greek neighbours the Italian State of Sicily cover Lot 40239 attracted a over estimate bid of EUR 2’800 (estimate 1’800), and Netherlands Lot 40399 a group of three 1593-1600 CORSINI covers, made a budding EUR 480 (estimate 200 to 300).

Overseas & Latin America
Now we didn’t quite have a great wall of China in this section more a terracotta army of material, which also had its softer side, with Lot 41039, a 1980 Year of the Monkey 8f mint stamp, very sweet, sold for it’s upper estimate of EUR 900, and when we arrived in Panama there was a fleet of covers out of the French Canal Company, Lots 42196 and 42197 both achieved EUR 1’100, and Uruguay tangoed as well with Lot 42262 a Maritime Mail selection which danced up from its estimate of EUR 750 to a energetic EUR 3’000, and also pushing the auction estimate up was Lot 42271 the hammer coming down at a staggering EUR 9’500 (estimate 3’000). Venezuela lubricated proceedings with Lot 42304 where the bids poured in, taking us from a starting bid of EUR 3’200 to a hammer price of EUR 8’500. 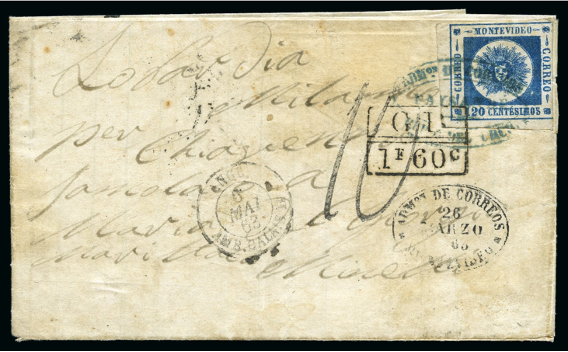 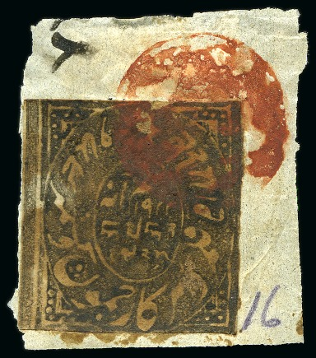 Rarities of the World in Partnership with MSF

With the exception of the World Collections session this was probably the most entertaining slot, the common denominator being our charismatic and often comedic host, who brought the party spirit, not tequila, and danced through these glamorous lots in a rumba of quips and Spanish syntax. 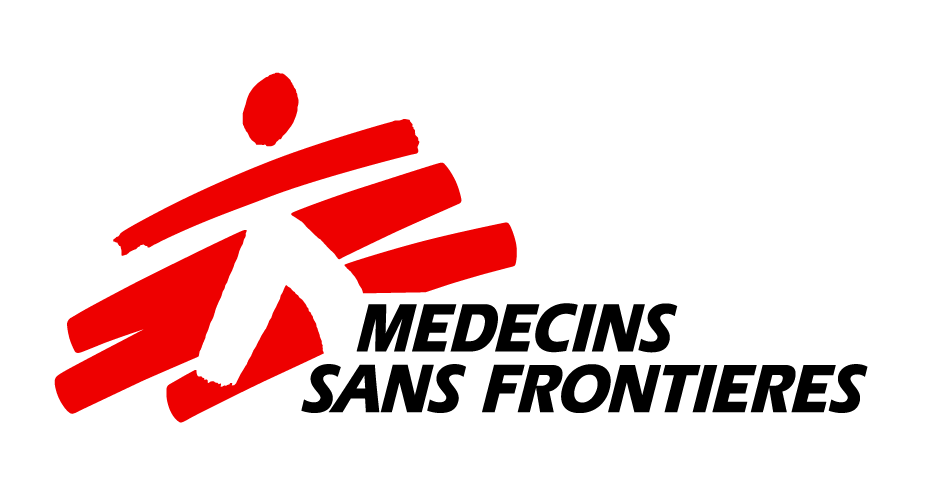 This being our red carpet charity event, and it witnessed the 1857 Crimea Nightingale cover we featured in a previous article, Lot 70059, sell for EUR 7’500 (upper estimate being 6’000), and the ex. Zachariades, Large Hermes Heads Lot 70082, exceeded it’s EUR 10’000 estimate by 3’000. Other noteworthy highlights were two Romanian cover, Lots 70108 and 70106 which were landed for figures in excess of their estimates, the hammer prices EUR 28’000 and 14’000 respectively, and the Russian Post Offices in Mongolia & China were the hot property of the night, with Lots 70110, 70111, 70112 and 70113 producing a magnificent combined sum of EUR 81’500. Lot 70110 features in our Rarity of the Week article this week, which is well worth a read. And appropriately the Everest 1924 GB Expedition cover Lot 70121, grabbed the headlines selling for EUR 11’000 against an upper estimate of EUR 8’000.  More important was the money raised for Médecins Sans Frontières, the sellers commission kindly being donated to their work against COVID19. 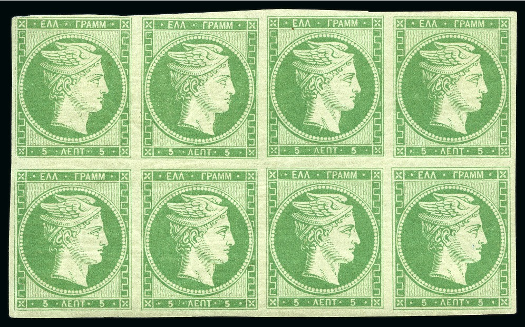 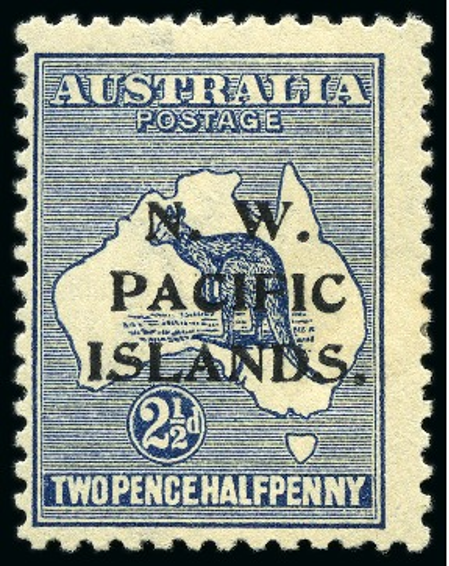 The postal history section performed as well, Lots 80237 1867 rare franking envelope to Mauritius, redirected back to Great Britain, went for GBP 850, more than twice its estimate, Lot 80238, an entire sent in 1867 to Massachusetts USA from Dundee with a 2s Blue and 1d Red franking, exceeding expectations as well, selling for GBP 300, as did Lot 80241, which sold for GBP 330 more than double the lower estimate.

It was a busy end to the five days, and despite the COVID19 pandemic, our philatelic adventures, with the aid of a imaginary balloon and a lot of technology and hard-work by everyone involved, was able to surge high above the dark cloud cast by the restrictions and risks, and this translated into healthy results, supported in particular by an increase in Live online bidding via our website and other Internet platforms, with collectors, agents and dealers utilising tablets and mobile phones to participate from the safety of their homes and offices, which enabled our three  protagonists, Fernando, Guy, and Gabriel to hammer this extravagant around the world adventure into the prices realised section upon our website.
VIEW PRICES REALISED