The Unsung Stars from the British Guiana auction

As the stardust settles on another fairytale auction of celebrated British Guiana material, there is always a tendency to shine the spotlight solely upon the superstar material which perhaps breached the upper five figure and even the six figure price barrier. And for good reason, but stamp collecting isn’t only about the highest prices, and often the real gems from a collection are the inconspicuous lots that have performed as well, but don’t attract the same fascination as their iconic brothers and sisters, and they seldom get the limelight. So, in light of this fact, and given we’ve already provided you with a detailed highlight of results featuring the aforementioned celebrity cast from the event, we take a closer look at a selection of the unsung stars from The Imperium Collection of British Guiana. 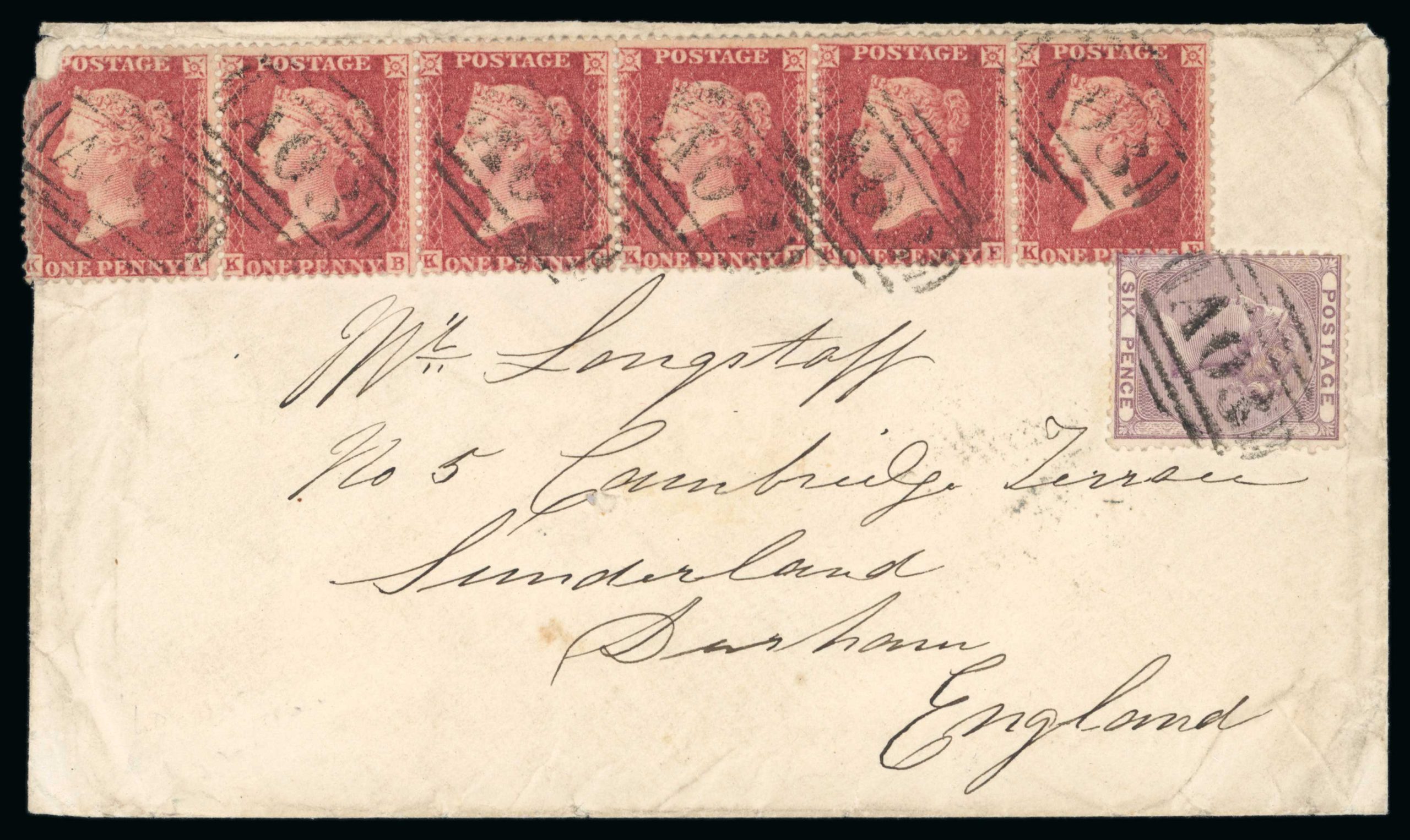 The best place to begin our tale of these lesser known heroes is backstage in the British Post Office section, which consisted of a thoughtful ten lots (Lot 30007 to 300016) nine sold and although Lot 30007 was the standout it is Lot 30015 we draw your attention to, which is an appealing 1860 cover from Demerara to Sunderland, which is franked with a strip of six Great Britain 1d reds and a Queen Victoria 6d lilac, which made a startling £3’200 from a £700 starting bid.

It is worth pointing out that in the much lauded Primitive section of this offering, there where, as you know, many superstars hanging out under the glare of the audience, and if we pay a little more heed, we’ll be aware there was rather more that ‘two ducks’ of the 12 cents blue Cotton-reels, where you can find a whopping ‘22’ of them available in various fashions – all that sold – and it is tricky to see any of them which didn’t meet, or exceed its estimate. So whilst there is much to celebrate we ask that you take a peek at Lot 300048, which is known as ‘The Ferrary Numeral Error’ and sold for £15’000, representing three times its lower estimate. 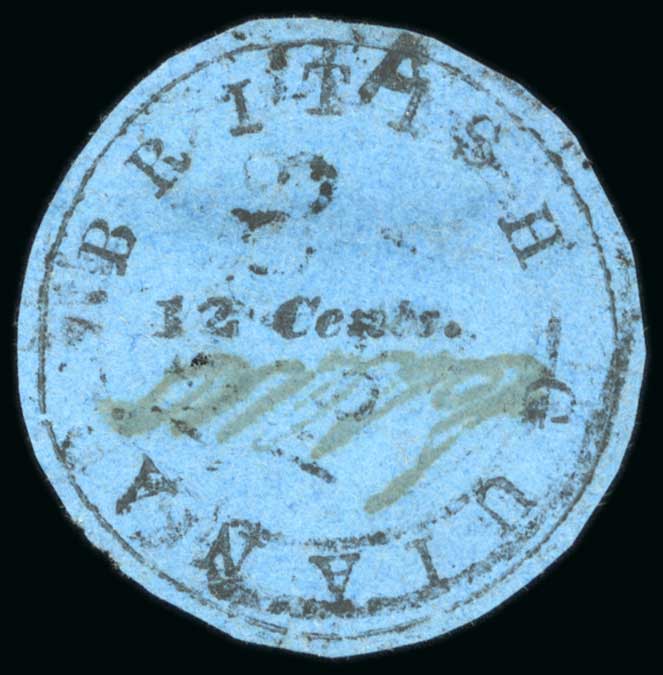 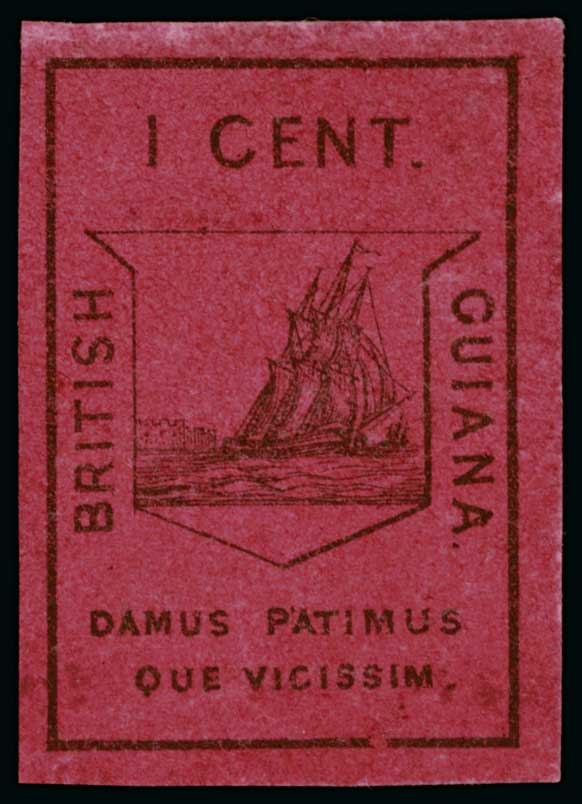 On a similar thread, within the 1852 Waterlow Issues of the 1 cent Magenta, the available ten lots sold, nine over and above expectations, with Lot 30055, one of the finest of two unused singles known pushed above its £6000 upper price to sell for £10’000.  Another aspect of the collection which evades the detection of the glamour hunters, but deserves credit, is the quartet of quadruple frankings of the 1853 Waterlow Lithograph 1c vermilion on cover – Lots 30081, 30082, 30085 and 30086, again all selling for more than their higher estimate, “and if you have a glance then you’ll agree they added a note of composition to proceedings. 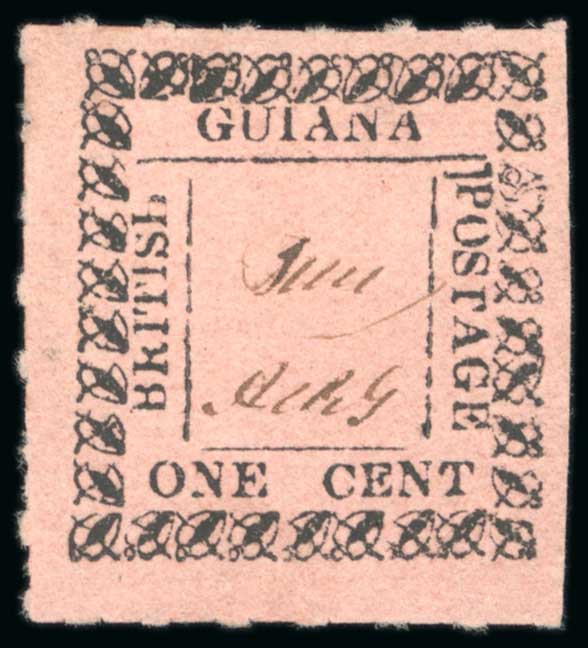 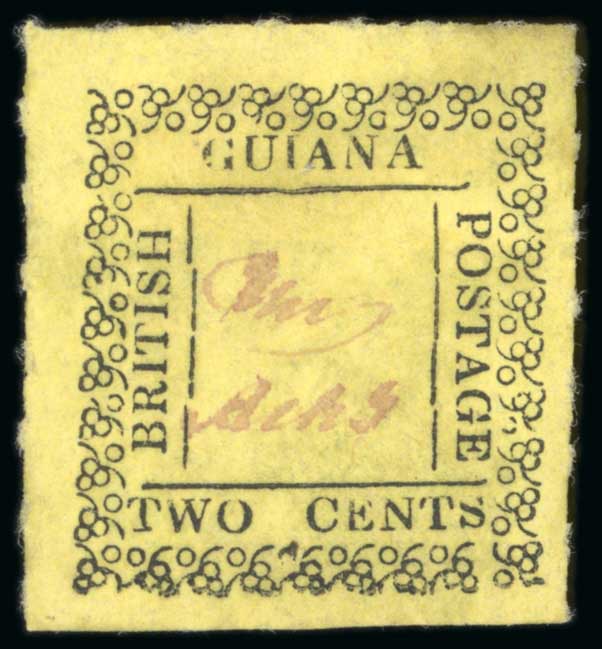 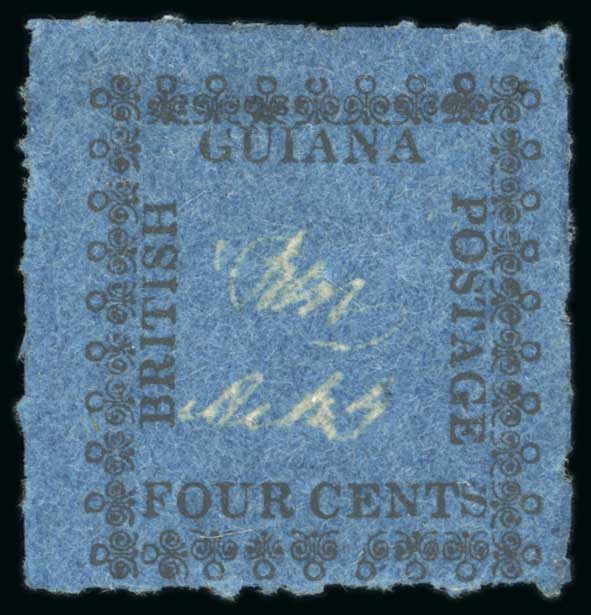 And this is only part of the story to tell of these lesser known heroes from the cast of our recent British Guiana auction, because within their individual descriptions, if you care to scrutinize, you will find a set of star studded names, all who once held these gems in their collection. Names such as; Dale-Lichtenstein, William Townsend, Count Ferrary, Arthur Hind, Frederick T. Small and of course John E. du Pont, all who, once upon a time, spotted these little shining stars and gratefully left a trail of that stardust we mentioned at the start of this tale.