You don’t often write about the difference between a ‘flying spin*’ and a ‘flat spin**’ in a philatelic article, but Major Kenneth Macdonald Beaumont CBE DSO (1884 to 1965), who was a British Philatelist, could tell you the difference between these two ‘terms’ with some plomb and finesse. Major Beaumont, who was a lawyer by profession and became a world authority on aviation law, would tell you off the cuff that the first is a move in ‘figure skating’ and the other is an ‘aviation’ term.

In fact, Beaumont could actually demonstrate the ‘flying spin’. Which is something else you don’t expect to read in a stamp related article, but our postage protagonist Beaumont was an Olympic figure skater, and later figure skating judge. He took part in the 1920 Olympic Games in the men’s singles and mixed pair skating disciplines. His figure skating pairs partner was his wife, Madelaine Beaumont, and they were placed 8th in the pairs competition, Major Beaumont coming 9th in the men’s singles.  But before any of that gliding around on ice, Major Beaumont was landing the Distinguished Service Order for his part in the capture of Jerusalem when serving in the Army Service Corps, during the First World War. Later in life he was awarded the CBE for his services to aviation, and the altitude at which Major Beaumont operated in sport, commerce and serving his country was indicative of his philatelic achievements.

Firstly, he signed the Roll of Distinguished Philatelists in 1955, the same year as Maurice Burrus, which gives you a perspective of the philatelic calibre of Major Beaumont, and the same year Major Beaumont became founding President of the Great Britain Philatelic Society (GBPS) in the year it formed. He also served as a judge at International Philatelic Exhibitions, and was the President of the Royal Philatelic Society London 1953 to 1956, having joined in 1913 and was awarded Honorary Fellowship in 1961.

Major Beaumont was also the co-author, with Stanton, of Part IV of The Stamps of Great Britain (King George V issues), and helped revise Part III (Queen Victoria and King Edward VII) with the support of John Easton. As you might deduce from his writing contributions, his primary interest was in the stamps of Great Britain, but he also formed important collections of St Vincent, New Zealand, Cape of Good Hope and North Borneo. Beaumont also had an interest in fiscal stamps and was a member of the Fiscal Philatelic Society, and his eye for detail in the world of International aviation served the world of philately when he put his knowledge to good use in 1951 when he served on the Expert Committee of the Royal. 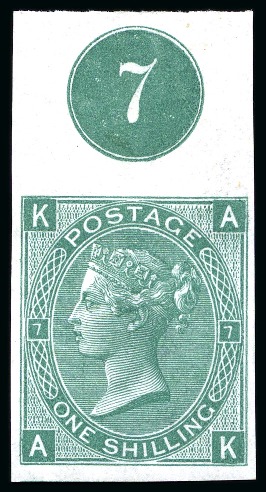 Now bringing this into land, Major Beaumont was formidable in every aspect of his life. In the army when serving in a war for his country, in aviation law where he establish international standards and laws, in figure skating where he rose to the heights of Olympic skater and international judge, and in philately where he was the captain of two of the world’s most recognised British philatelic societies, and he shared his knowledge in the form of books which still underpin the GB collector today. If you were to board a philatelic aircraft, it would be a great comfort and undoubted pleasure to have Major Beaumont in the cockpit. The tannoy announcement; “This is your Philatelic Aviator Major Beaumont wishing you a safe and enjoyable onward journey.”

*Flying spin – is a jump that lands in a spinning position. Commonly performed flying spins include flying camel spins and flying sit spins

**Flat spin is a spin where the aircraft is in a balanced state. It just spins round and around like a spinning top.