Here’s a stamp question for you. What makes a common and inexpensive Newfoundlands 1919 3c Brown Caribou stamp outrageously more valuable? If you answer; ‘the overprint’, then you are partly correct, in that the Postmaster J. A. Robinson of St. John’s overprinted 200 stamps for a special trans-Atlantic flight. Of this 200, 95 were used on covers and there were 18 defective and destroyed and so the availability of mint stamps is rare especially when it is thought that far less than 87 actually survived, not to mention there is one in the Royal collection. However, the real answer to our question is that it’s the overprint and the story which lifts this stamp from £4 to £15’000. Examples with the words “First Trans-atlantic Flight Air Post April 1919”, are now known as the ‘1919 Hawker Air Post 3c brown’, because Lt Harry G. Hawker, formerly a test pilot for Sopwith, and his navigator Lt Cmdr Kenneth M. Grieve, were the first to attempt to win a £10’000 prize, put up by the Daily Mail, for completing a trans-Atlantic flight between Newfoundlands and Ireland in under 72 continuous hours. 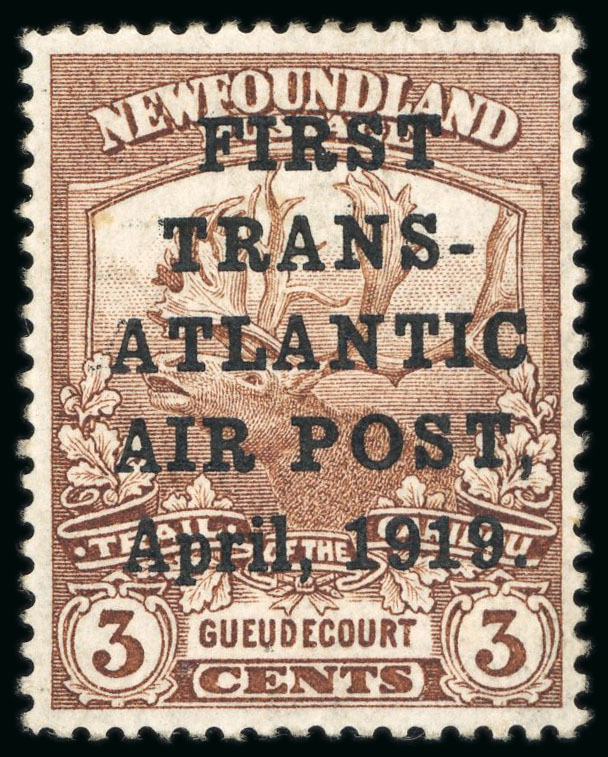 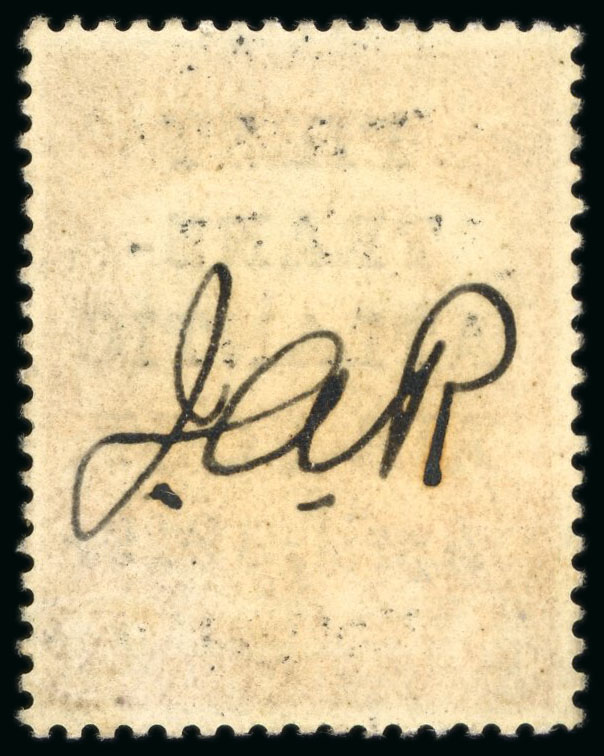 The attempt was due to take-off in April of 1919 but atrocious weather delayed matters until mid May. Two other aviators attempting to win the prize, Raynham and Morgan, had crashed on take-off on the 18th May and this news and the approaching inclement conditions caused Hawker and Grieve to decide to set-off later that very afternoon. Initially all went well, however, a fault in the cooling system of the plane caused the engine to overheat, and although Hawker somehow managed to improve the situation by diving down and switching off the engine then restarting it, the plane was spluttering and when the two intrepid aviators realised that the weather was deteriorating and they had been blown 150 miles off course, they realised that they were over 800 miles away from Newfoundlands and had no hope of reaching their destination in Ireland. Hawker decided to dropdown to the shipping lanes and seek to locate a vessel so that they could ditch the plane and be rescued. After a two hour search they spotted the Danish tramp steamer Mary bound for Pentland Firth and which had come from the Gulf of Mexico.

They successfully ditched the plane in the sea and were picked up by the steamer Mary but news of this was not received because the Danish ship had no radio systems. It was thought that the two pilots had perished and even King George V sent a telegram of condolence.  However, when the steamer Mary did reach Scotland on 25th May news spread and when King George V heard that both were safe he invited Hawker and Grieve to Buckingham Palace on 28th May, where he awarded them both the Air Force Cross for valour. If you are wondering what happened to the plane Hawker had ditched in the ocean, there is a happy ending to this tale. Because the aircraft had been adapted from a First World War bombing aircraft, the Sopwith B-1, whose fuselage had been adapted to work as a boat, the plane could be landed on the water, albeit this feature had not been tested by Hawker and there wasn’t time when they were rescued to validate if it indeed could float. But several weeks later the body of the aircraft and its mailbag were recovered along with the envelopes contained within, and although affected by seawater, they were later delivered to their recipients. It’s quite a story and as mentioned at the start it is the reason why these overprinted stamps are so famous and valuable.

Note: In our December 2022 auction we will be offering from The Hausman Collection a